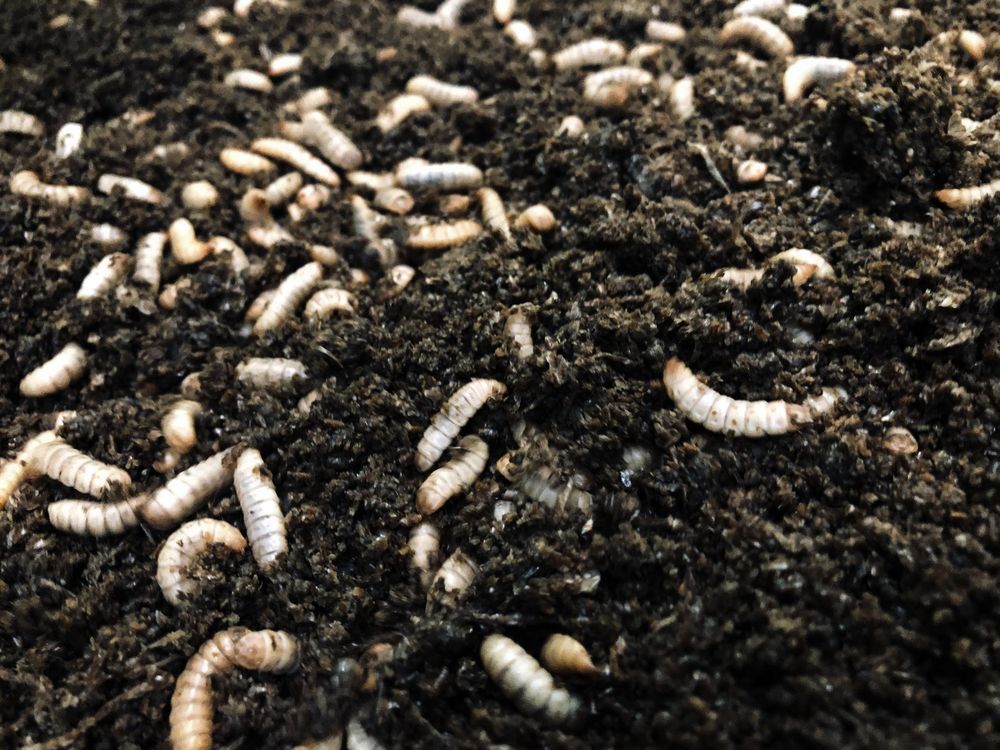 Two Quebec university students and a biologist have won first prize at an international event for a project that uses black soldier fly larvae to dispose of waste and produce animal feed.

Mariève Dallaire-Lamontagne and Jean-Michel Allard-Prus, students in the Department of Animal Science at Université Laval, and biologist Jérémy Lavoie won the 2022 Youth Innovation Challenge presented to Mexico by the Commission for Environmental Cooperation, a trilateral group involving Canada, the United States and Mexico. The Canadian Minister of the Environment, Steven Guilbeault, was present.

The winning project of the Quebec group, Inscott, raises black soldier fly larvae to eat farm waste such as carcasses, a type of waste that is complicated to dispose of and requires a lot of energy. The larvae, which are an excellent source of protein, are then used as food for animals which, when they die, serve as food for the larvae. The process creates a circular economy.

“What we are proposing is to improve the way we manage our animal waste here in Quebec and Canada, using the potential of edible insects,” Dallaire-Lamontagne said in an interview from Mexico.

“So we are talking about livestock residues such as carcasses, viscera, manure, eggs.”

After two weeks fed on this waste, the fly larvae “can be incorporated into livestock feed such as that of chickens or pigs,” she said, “but they can also be used to feed pets. like dogs or cats.

Dallaire-Lamontagne, a master’s student, said food made from flies is less harmful to the environment than “conventional sources of protein, such as soybeans or fishmeal, for example, which are associated with ecological problems”.

The agricultural sector generates large amounts of uneaten protein made up of things like brains, spines, intestines and bones. The traditional process of processing dead animal residues is called rendering and turns the remains into protein for animal feed.

However, Allard-Prus said the traditional process requires “a huge amount of energy to heat all the biomass”, whereas the system developed with Dallaire-Lamontagne uses the digestive system of the larvae, and which uses few resources, d space or energy.

Guilbault said the next step for the Quebec trio is to try to market Inscott.

“The animal waste that we are tackling through this project is a problem because we have to use large amounts of energy to burn these animal carcasses,” he said.

“So finding an alternative solution based on the teachings of nature fits perfectly with the type of projects we are trying to encourage here (at the CEC meeting).”

The 2022 Youth Innovation Challenge invited people aged 18 to 30 in North America to design innovative and concrete solutions to “help communities recover from the COVID-19 pandemic and determine the intersection point between health human and the environment”.

“We’ve all seen the fragility of food supply chains during the pandemic,” Lavoie said, adding that he and the two students want to “give a little more control back to communities and cities” to “produce protein from quality “. , then treat animal waste locally and efficiently.

Each of the three winning teams will receive up to $15,000 in business start-up funds in addition to benefiting from mentoring for one year.

Sign up to receive daily news from the Montreal Gazette, a division of Postmedia Network Inc.

Thank you for your registration!

A welcome email is on the way. If you don’t see it, please check your spam folder.

The next issue of Montreal Gazette Headline News will soon be in your inbox.

We encountered a problem during your registration. Try Again