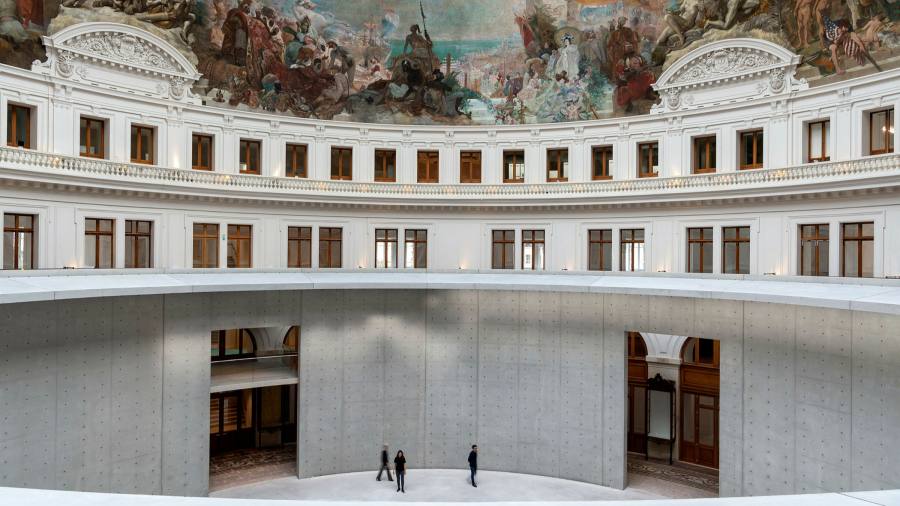 Capitalism, apparently, thrives on competition, and the cultural world is not exempt as an arena. Today, Paris, the seat of the two leading figures of luxury capitalism, Bernard Arnault of LVMH and François Pinault of Kering, is the scene of a measured struggle through museums.

Arnault opened his Louis Vuitton Foundation in the Bois de Boulogne in 2014, so Pinault also needed a good address. Having abandoned the idea of ​​an island in the Seine (former automobile factory, rent too low), it finds its place in the carcass of the city’s former stock exchange, the Bourse de Commerce, perfectly located between the Louvre and the Pompidou. Arnault had Frank Gehry; Pinault had Tadao Ando, ​​the Japanese architect with whom he had previously worked on two adaptive reuse projects in Venice, the Palazzo Grassi and the Punta della Dogana.

The result opened in May to a more low-key and much less comprehensive response, given the Covid era, than Gehry’s bloated build seven years earlier. But it is in many ways the most complex and intriguing building.

The great movement, about which I had reservations when I saw the model at the Ando exhibition at the Center Pompidou in 2018, was to build a concrete cylinder inside the historic central rotunda. Completely unnecessary for hanging art and incredibly intrusive, it seemed counterintuitive. But that oversized sewer pipe executed in crisp concrete is what characterizes this building as an Ando building. With a single gesture, it takes possession, allowing the rest of the building to be treated with more delicacy. It’s strangely ingenious.

During the design phase, Ando recalled a visit he made to the Pantheon in Rome four decades ago, a time when he was alone, looking up to the oculus as he admitted a disc of light that slowly moved around the walls and revealed the turning of the earth. He suggested it was a time when architecture contained and revealed the cosmos. It’s a cliché, but this connection with the air and the sky is one that Ando has made on numerous occasions, notably in his Church of Light (Ibaraki, Japan) and Church on the Water (Hokkaido, Japan ). In Paris, lift your head and you might see this beam of light refracted through the iron and glass dome and projected onto the walls, moving slowly like on a sundial. Here, Ando realizes his Roman moment, the connection from within to heaven.

This rotunda embodies a story of change and exchange. The site was occupied in the 16th century by a palace built for Catherine de Medici, then widow of Henry II. (A free-standing column survives and was absorbed into the circumference of the building.) In a curious anticipation of the revolutionary shift from royalty to bread, a grain exchange appeared on the site in 1763, a circular building with an open courtyard on the sky.

To protect the grain from the rain, a wooden roof was added in 1783, which was later replaced after a fire by the iron version of François-Joseph Bélanger, a marvel of his time. In 1885, the disused building began to transform into the city’s stock exchange, opening four years later, on the occasion of the centenary of the revolution, as one of the new monuments of Paris, along with the Eiffel Tower. Its rotunda is reborn as a trading room, crowned with a restored iron dome and paintings depicting scenes of exotic colonial riches. It is curious, at this point, to see bad 19th century art depicting colonized peoples as a sign of obedience to their French masters treated with such respect. But these, too, are apparently an inextricable and sacrosanct part of the building’s history.

There is an argument to be had as to exactly how much Ando’s concrete gesture contributes to this, if it can be both photogenic and contemporary but also mundane. Experienced in situ, it turns out to be more than a simple gesture. The cylindrical wall has a walkway around its exterior which serves not only as a circulation for the galleries, but also as a tool for viewing the historic building in which it is located; that beautiful ironwork dome, the art below, the crowds of millers and those terrible 19th century paintings above.

If Ando’s Concrete gets the credit here, much of the important work has been done by others. Heritage specialist Pierre-Antoine Gatier coordinated the complex restoration while young local firm NeM (Lucie Niney and Thibault Marca) made it function as an exhibition space. Also present are the designer brothers Ronan and Erwan Bouroullec, who have subtly inserted their made-to-measure furniture and lighting in the corners, interstices and stairwells of the structure. The dimmed floor lamps in the stairwells, for example, are wonderful – architectural in their presence, understated but elegant.

The real art is housed in a dozen rooms tapered around the edges, each naturally lit and providing a glimpse of both the cylinder and, at times, the city. The galleries are well-sized for paintings, although they have a sort of void to their surfaces which is at odds with the richness of the rest of the building. This banal and globalized white combo of world art interior is, however, thwarted by the striking nature of the works on the walls. Pinault, whose collection can turn to the vulgar, brought together a beautiful series of works for the opening of a group of artists of an impressive diversity, largely figurative and figurative, largely black artists.

The Bourse de Commerce de Pinault is a project that dates back to a time when Paris was looking for billionaires to finance its next generation of big projects. There has been considerable controversy over the price the city paid to acquire it from the Chamber of Commerce and Industry and whether the luxury mogul should be allowed to take a 50-year lease. on such an important building. But the city of Paris did not have to contribute to the construction cost estimated at 160 M € and this urban monument is now open and accessible to the public as it has never been before. 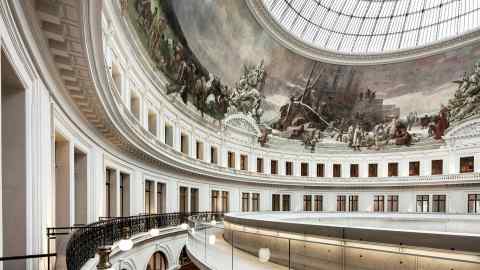 Although the reception since the opening has been largely positive, there has been a discussion, in true Parisian style, on the nature of the institution, its de facto privatization and the growing domination of large companies over the landscape. cultural. If there is to be a discourse on wealth and inequality, culture and global capitalism, then the Bourse de Commerce – a palace, a temple of commerce, the old stock exchange, a center of vast colonial exploitation – might well be the perfect place to have it.