How hipsters came to the Late Game 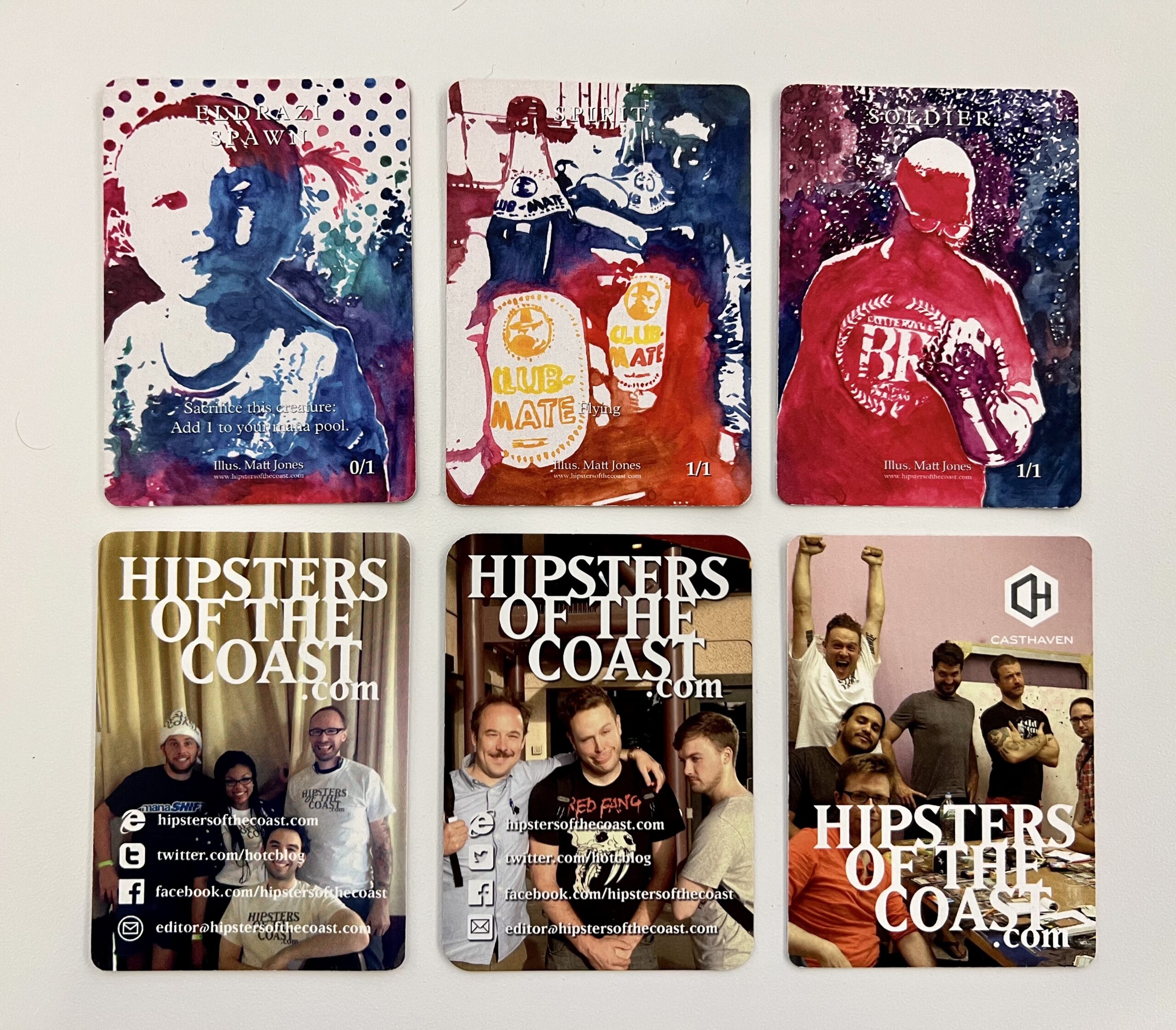 Early in the life of Hipsters of the Coast, I established a few editorial principles, also known as “things I repeated a lot”.

One was that mute is good. Stupid stories aren’t bad, they’re hilarious. Writers who’ve worked with me at Blizzard on esports stuff would know that me saying “That’s so stupid” about a story idea was one of my biggest compliments.

Another was that there was no clickbait. Clickbait is what haters call a good headline.

This may be going too far: clickbait exists, in the form of titles that do not faithfully convey the essence of the story. But clickbait isn’t something like “M14’s Sexy Shirtless Guys Card Quest”. If we were to post this title on Hipsters – and we did – then by God you’re guaranteed to get some of the sexiest men and baddest commentary in Magic.

I have also demanded, where possible, that if you write for Hipsters, you do so on a schedule – ideally weekly, possibly every two weeks, and on a set day of the week – or not at all.

Perhaps that sounds drastic, or not in the spirit of what started out as a fun blogging project among friends. But we (or at least I) really wanted to make the Hipsters last, and I knew from my career in websites and magazines how fundamental consistency is.

Marshall Sutcliffe of Limited Resources has talked a bit about it, whenever he and LSV bring up the subject of creating their podcast, how to succeed as a content creator, etc. Basically, it boils down to, you just do one thing you love, and you keep doing it, week after week, regardless of reception or lack of attention, until you’re an established part of the business. ecosystem and people can’t ignore you anymore.

We also didn’t try to appeal to the masses in quotes. We did what we thought was fun, or funny, or interesting, or right, and we didn’t listen to anyone who accused us of posting clickbait, or being “SJWs,” or whatever.

One of our earliest and most prolific writers, Jess Stirba, has long been a champion of representation issues in Magic, both on the cards themselves and in the organized (and unorganized) play scene. In December 2012, she wrote about being a trans woman playing Magic.

She wrote, “It’s in all of our interests to get more people to play Magic, and the best way to do that is to tear down the idea that only straight white boys play this game. That’s really a win-win proposition. So get on board. And don’t listen to anyone who allows you to treat another person with anything other than dignity and respect.

That was true 10 years ago, and it’s probably even truer today.

We did a story about 10 Magic Cheats That Look Like Cats, by Shawn Massak, who did the important job of letting readers know who Cheats at Magic, and also showing them cats.

I wrote about how Magic helped me get sober.

And I did full written reviews of common sets alongside Zach Barash, which took a really stupid time, and in which I have the distinction of giving one of the worst ratings ever:

One thing that is not talked about enough is the importance of Matt Jones to the early and continuing identity of Hipsters. After Hipsters founder Zac Clark generously shared the WordPress account keys with us, Matt and I both started doing what we do best: me creating rules, and Matt being a avatar of chaos and creativity.

Matt designed our (initially) ever-evolving logo; he wrote a column called Arting Around that got his art school-trained brain into thinking about Magic illustrations; he did a series called “The Blur of”, where he blurs all the cards in a set to see what their composite image looks like (the best one is this one, for M14, where he did all the colors and all card types in more than one composite, and in which he also calls me a tyrant, which I believe was still a joke at the time); and he designed and illustrated our business card/token series, which are still some of my most treasured magical possessions.

We had stacks of them and sent them with our editors when we visited GPs across the country. We gave everyone we played one of the cards, usually as part of asking them if we could take their picture for a tournament report on the site. (In retrospect, I’m really surprised how many people let us do this.)

We took a bunch of photos of a bunch of Magic players. This is the one someone took from a kid who beat me to death at the Pittsburgh GP, posing with Matt Jones. I had started the day 0-1, not like you want to start a GP, then I sat across from a kid in the second round. “‘OK, cool – a kid,'” I wrote at the time. “I can relax a bit, win a game and get back on my feet. Because how good can a child this young be? » 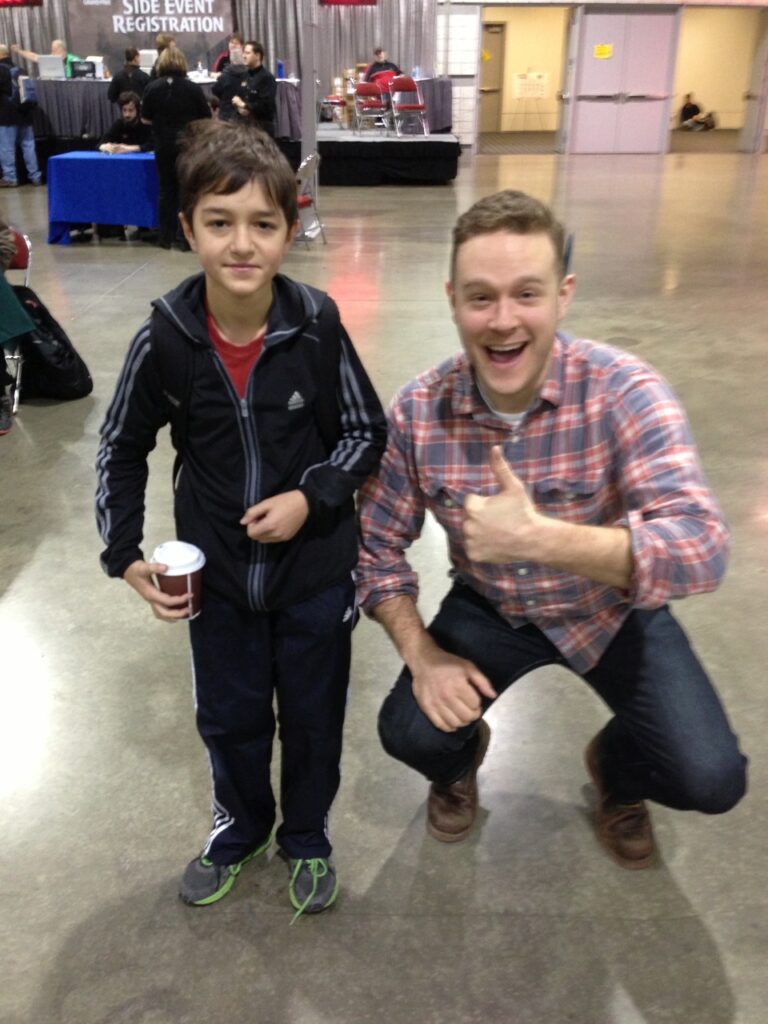 That kid, of course, turned out to be Oliver Tomajko, who got really, really good at Magic. And it completely destroyed me.

I’ll end by quoting the caption of the image in my original story:

“Matt Jones found the kid later that day on Saturday and took a picture with him. Matt asked him, ‘Hey, did you beat the hell out of an almost middle-aged guy wearing a hat red earlier in the day?’ And the kid says, in a neutral tone, “Yes”. Besides, the kid is drinking coffee. He’s a freak! The coolest kid ever. The tracksuit kills him.

Play the game, see the world, meet people, do fun things. Congratulations to the Hipsters on their 10th anniversary, and many more.

Hunter Slaton was the first editor of Hipsters of the Coast.