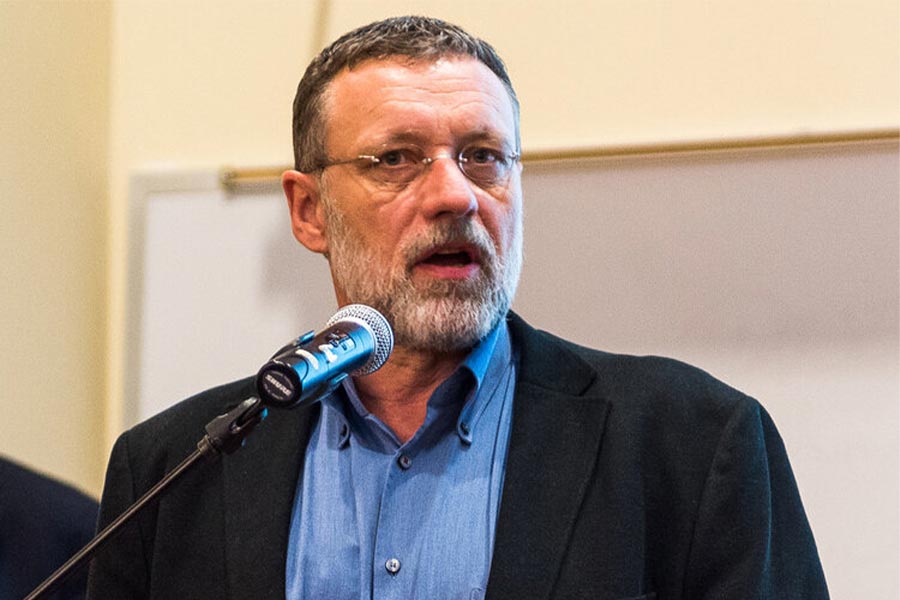 The project, “Hope for a Better Future: Building Collaborative Resilience for Youth in Liberia,” is a five-year agreement with the United States Agency for International Development (USAID) designed to build individual, community and society in the post-country in conflict.

Liberia experienced two civil wars at the turn of the 21st century, and although the Second Liberian Civil War ended in 2003, The Carter Center estimates that 40 percent of the country’s citizens currently suffer from post-traumatic stress disorder.

“When you went through this kind of trauma 20 or 30 years ago and you don’t know who around you is safe and who is dangerous, it’s hard to build trust,” Franke said.

This level of mistrust makes Franke’s partnerships with organizations already based in Liberia critically important.

The Liberian National Commission for Justice, Peace and Caritas will coordinate and implement all interventions under the Hope for a Better Future initiative, while the Kofi Annan Institute for Conflict Transformation at the University of Liberia will collect field data to measure the effectiveness of the project.

Franke will also benefit from the help of TRENDS Global and Sovereignty First, a partnership that last year helped facilitate an agreement to improve educational infrastructure between opposing groups in an Afghan village.

“In Afghanistan, for example, we all think about the Taliban and al-Qaeda and state-level violence,” Franke said. “What also affects people on the ground are serious issues in communities that need to be addressed as people worry about solving larger issues nationwide.”

One of the main problems facing Liberian youth is the lack of educational opportunities. Moreover, youth unemployment in the country is reaching 80% in some areas, causing despair, increased drug use, conflict and violence.

Franke’s research group will first conduct a baseline assessment to determine the interests, hopes and fears of young Liberians in their communities, and then examine how to work with existing community structures to raise awareness about trauma.

“At the same time, our activities aim to increase empathy for others,” Franke said. “In groups, participants learn to recognize and listen to their bodily sensations and, at the same time, understand what others are feeling and become more empathetic to it. This can reduce feelings of danger in social interactions.

Trust and empathy can be monitored by measuring social, economic and political cohesion at different points in the project.

Participants will also develop impulse control by learning to resist the urge to attack others verbally or physically, while implementing a moral code to collaboratively and peacefully rebuild their communities traumatized by violence and war.

“We have traumatized young people who did not even participate in the civil war, let alone members of the community who fought as child soldiers 20 years ago and who have not been reintegrated into society. “, Franke said.

The project’s initial completion date is July 2027, and Franke hopes it can serve as the engine for an expanded research effort on conflict resolution in Kennesaw State.

“My ideal vision for this approach is that we can develop it into a research cluster that will make KSU and the School of Conflict Management a go-to place for students pursuing a master’s or doctoral degree. degree in the areas of conflict resolution, development and peacebuilding,” Franke said.

A leader in innovative teaching and learning, Kennesaw State University offers undergraduate, graduate, and doctoral degrees to its nearly 43,000 students. With 11 colleges on two metro Atlanta campuses, Kennesaw State is a member of the University System of Georgia. The university’s vibrant campus culture, diverse population, strong global connections, and entrepreneurial spirit attract students from across the country and around the world. Kennesaw State is a Carnegie-designated (R2) doctoral research institution, placing it among an elite group of only 6% of US colleges and universities with R1 or R2 status. For more information, visit kennesaw.edu.