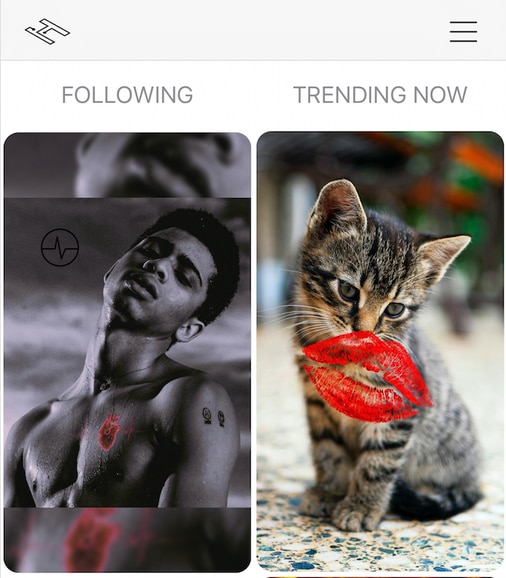 When I last met Domenikos five years ago, he was trying to design an electronic device called TactaiTouch that would attach to your index finger and use small vibrations to simulate the feel of different objects you might encounter or “pick up”. “while wearing a virtual reality headset. He was also trying to get big tech companies to incorporate touch into their devices.

But although Tactai still exists ― having attracted more than $1 million in grants from the National Science Foundation ― the company never really took off. The challenges of trying to persuade someone else to integrate your technology, and then bring new devices to market, “take forever,” Domenikos says.

His new venture, Needham-based Haptagram, seeks to capitalize on the fact that the tiny motor that creates vibrations inside most recent vintage smartphones “has basically reached a level of fidelity” that allows you to simulate “a heartbeat or the crackle of a fire,” says Domenikos, without the need for props or attachments.

When you download Haptagram’s app, available for iPhone and Android operating systems, that’s essentially what you get: photos of people and things, along with sounds and different vibration patterns. It’s a nice novelty. A photograph of a cup of coffee, accompanied by the sounds of bustling coffee, can trick you into thinking you’re holding a cup as the liquid is poured. A nighttime image of a fireworks display over Singapore lets you hear and feel the sound of shells bursting through the air. A photo of a Harley-Davidson motorcycle is accompanied by the rumble of the engine starting. And it all takes advantage of an engine already built into the phones.

You might imagine Haptagram saying to Harley, “This will help you sell more motorcycles,” or to the Four Seasons, “Let’s add a sense of touch to your Maui beach footage, so potential visitors can feel the surf before book.” But that’s not (yet) part of the company’s plan.

Instead, he wants to sell these “haptagrams” – an image accompanied by sounds and vibrations – as NFTs. NFTs, or non-fungible tokens, are digital elements made unique because they are recorded in a digital register.

You may have read recently that artists like Beeple and Pak were selling NFTs for over $50 million. The NBA also sells in-game highlights as NFTs, called NBA Top Shots, and some of them have sold for over $100,000.

Could the same thing happen to haptagrams? Domenikos hopes so, and the company is already encouraging artists and musicians to make and sell them through its app. Early this year, Haptagram plans to release a set of tools for anyone to create their own touch haptagrams, which would be experienced through its app.

“You can sell it or give it away for free,” says Domenikos. The business model is to charge an auction fee (currently around $10) when you decide to place a bid for a haptagram and also take a 6% discount on each transaction.

One of the people who create haptagrams is singer-songwriter Wendy Starland, who helped launch Lady Gaga’s career. (She is currently linked to Haptagram’s site from her Instagram profile.) Another is Bryce Xavier, a musician based in Van Nuys, Calif., who has more than 3 million followers on the social media app. Tik Tok. His haptagram features a black and white photo of him shirtless and slightly wet. When hit, he plays a piece of his song “Beautifully Tragic”. Touch his chest and you will hear a heartbeat.

Xavier says he had learned about cryptocurrency and NFTs and bought a few NFTs created by his friends. The haptagram, he says, “is my first experience releasing mine.” He likes that “it’s interactive – people can feel like they’re part of something, instead of just seeing something on a screen.” He says creating the limited edition of 50 NFTs – 10 have been auctioned through the company’s app so far – “was a fun project to put together. I put it in the world because I love it. But between you and me, I know it’s going to be good.

Domenikos says the NFT auctions the company has run so far have had starting prices of $50, and the first ones that have sold have only been bid up to “between $50 and $60. These were sold without any promotion, to people unknown to us. Although his website lists a bidder on one of the early auctions as “S****n”, Domenikos says that this bidder is not him, but possibly another Steven.

I wanted to better understand what exactly was going on in this nascent market for touch NFTs, so I called Drake Danner, a senior analyst who works for Flipside Crypto, a Boston company that collects data on the cryptocurrency world and NFTs.

Danner says he had yet to see anyone offer NFTs with a sense of touch, a feature he called “interesting”. But he said the market “has been increasingly saturated since the start of 2021”. He also noted that Haptagram uses a different infrastructure provider – Binance – than most other NFT creators. Binance is the largest crypto exchange in the world and is under investigation by the US Department of Justice and the Internal Revenue Service. And he questioned Haptagram’s decision to launch a cryptocurrency, Feelcoin – which is used to buy its NFTs – as well as cast doubt on several other aspects of the transaction process. Danner also told me that Haptagram “hides the price” at which NFTs are sold.

The approach, he says, “feels like NFTs created by unencrypted people. That’s the general vibe I get.

“We continue to refine the system,” he wrote by email.

Maybe digital touch just needed to be paired with NFTs to go mainstream? We will see.