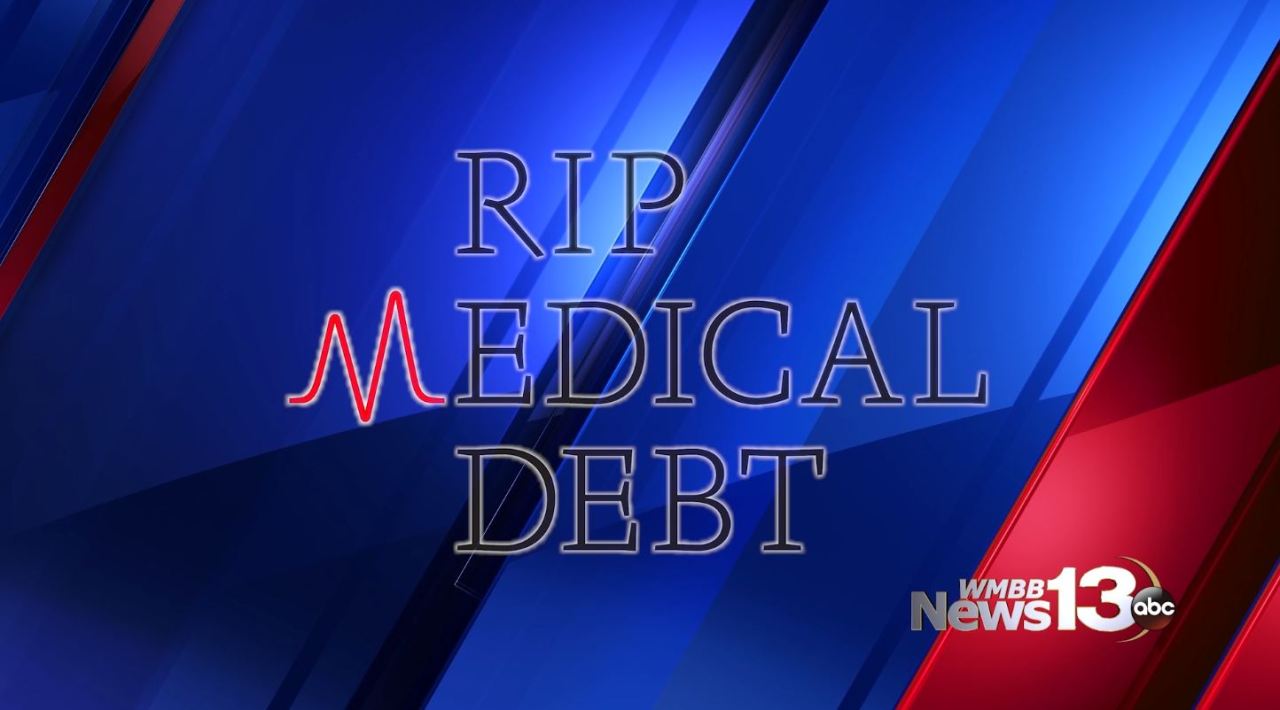 RIP Medical Debt is a national non-profit organization that redeems and writes off medical debt.

Throughout the day, we will be highlighting the issue of medical debt and asking those of you who can to donate and help the community. One of the best parts of this program is that any donation is worth much more than the original amount. For example, just $5 can eliminate $500 in medical debt.

This one-day telethon aims to help thousands of our neighbors at a time when many of us could use a helping hand.

You can donate here.

There is no process for people to request cancellation of their medical debt. The debt is chosen at random. However, the money raised on Wednesday by News 13 and RIP Medical Debt will be used to clear The Panhandle’s debt.

“The bills you’re seeing are astronomical,” said Allison Sesso, executive director of RIP Medical Debt. “There’s like a trillion dollars in medical debt across the country, so that shows you how extreme it is.”

The organization uses its knowledge of the debt market to purchase large portfolios of medical debt for pennies on the dollar.

“Ten dollars buys you a thousand dollars in medical debt that you can relieve for someone,” Sesso said.

For many Americans, medical debt can destroy their finances and cause other problems.

“That’s up to half of some people’s net income, after taxes. $600 a month when your take home pay isn’t even $600 a week, you factor in rent of about $1,200 a month, you’re looking at a pretty bad situation,” said Greg Behan, director of Lighthouse CPA . “And that only supports yourself. It’s before the cars, before the children, before the nanny, etc., etc.

USA Today cited an analysis by consumer finance company Credit Karma which found that nearly 20 million members in the United States have a total of $45 billion in medical debt in collection, averaging $2,250. collection per person.

A separate study by Salary Finance reported that 32% of American workers have unpaid medical debt. Of those, 54% said they hadn’t and 23% said they weren’t confident they would ever be able to repay it.

But today you can make a difference.