Op-Ed: Climate change is a big deal. Citizens must demand many small solutions 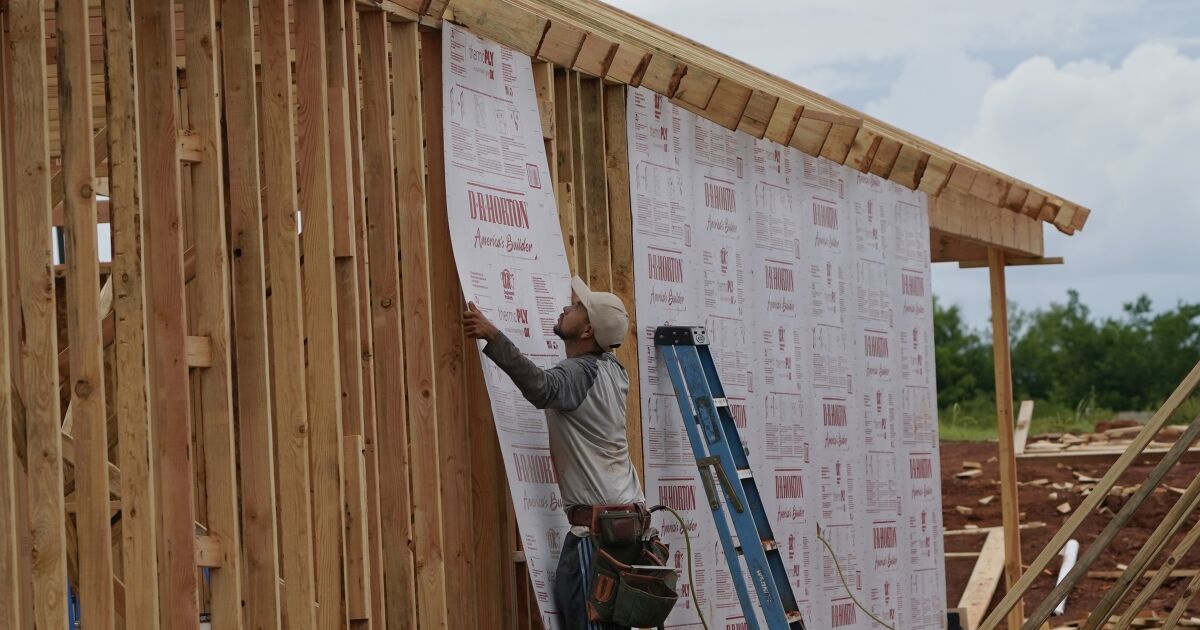 The world is on fire. The flames are hard to see, because we hide them so well. But you can hear them – in the whine of jet engines as planes fly overhead, in the rumble of power plants sending electricity down power lines, in the purr of your car’s engine as you drive to work.

Every person living in a wealthy country contributes to the conflagration. When you and your neighbors turn on your lights at night, a coal or gas power plant somewhere will most likely increase its fuel consumption – just a tiny bit – to provide electricity.

We are beginning to feel the consequences of these actions on climate change: heat waves worse than ever in history, rising seas, a runaway increase in forest fires.

Lots of people are trying to help, in their own way – maybe by buying a Prius or an electric car, recycling diligently, installing smart thermostats, eating less meat, maybe donating money to an environmental group. These actions are important, but they are not enough on their own. The world will not be saved by conscientious “green consumers” deciding, one family at a time, to drive less or install rooftop solar panels. The problem is simply too big for that.

Instead, we must all become “green citizens”. We must focus, together, on a relatively small number of public policies that can ultimately lead to radical change.

The Cut Inflation Act of 2022 passed by Congress will help by using tax subsidies to make clean energy more affordable, which should accelerate the construction of wind and solar farms, accelerate the transition to electric cars and much Moreover. But Congress has not removed many of the obstacles that slow change. And many of these issues are under the control of state and local governments.

This means that much of the work to reduce greenhouse gas emissions will have to be done by local leaders, driven by their citizens. A good example is the need to improve our building codes.

Buildings are one of the largest sources of carbon dioxide emissions in the country. It will be impossible to significantly slow global climate change without cleaning up American buildings, and the way to do that is to subject them to new rules.

The tasks before us are, in principle, simple: to tighten the envelopes of our buildings, old and new, and to electrify everything that uses energy in these buildings, so that emissions will decrease as the electricity network becomes more own.

In many parts of the country, natural gas is the usual fuel for space heating and hot water from taps. In some areas, homes are still heated with fuel oil or propane gas stored in tanks. When you count these fossil fuels along with electricity use, buildings are the source of one-third of our national carbon emissions.

More than 50 cities in California and a handful of other states have adopted or proposed rules to prohibit or limit new gas hookups. The gas industry is fighting back, running ads with wispy images of blue flames to make the gas look nostalgic and inviting, instead of resembling the massive climate problem that it is. To resist the growing use of fossil fuels, citizens must use their influence to counter this malicious campaign by industry.

Tightening the envelope of structures is also crucial because even in places where energy efficiency has been a mantra for decades, huge amounts of energy are still wasted in poorly constructed buildings. Doing better is not that difficult.

Our buildings need better insulation and good air gap sealing, which solves a large part of the energy problem before the building is occupied. They need better windows, well located. With different coatings, windows can absorb solar energy, which you’d want in cold Minneapolis, or reflect it, for a place like Los Angeles. Roof overhangs and window orientation also make all the difference, creating free heating and cooling for the life of the building.

California already has statewide building standards that are among the strictest in the country, but they need to be even stricter. And cities are allowed to to go beyond the state code, imposing more stringent requirements for energy efficiency. This is what citizens around the world must demand.

How can motivated green citizens ensure that these basic design principles are followed in their communities?

In much of the world, building codes are updated every three years, each time with new, stricter energy requirements. But too many US states and cities are slow to embrace the changes. Your local city council needs a helping hand from voters. That means citizens have to dig in and learn a few details about when the votes are approaching, and then speak out.

When your city decides how strict the local building code is – and how much energy new buildings will be allowed to waste – you can bet many local builders will use their influence to try and get the lowest code. possible. As a citizen, you can also exercise your influence.

The incremental costs related to the energy efficiency of a new building are insignificant and usually only add a few percent increase to the total cost. And that initial investment will be repaid many times over in energy savings over the lifetime of the building.

Building codes are just one example. How quickly we can transition to electric cars largely depends on how quickly we build car chargers, and state and county governments can have a huge influence on this. Millions of American families put their children on dirty, smoke-spewing diesel school buses every morning, even as clean electric buses become available. Why don’t we march to the local school board to demand them? When new wind and solar farms are proposed, opponents turn out to fight them. Where are the voices of citizens who understand that we need to produce clean energy as fast as possible?

Too many Americans feel paralyzed by the climate crisis. It’s a daunting problem, but the idea that we as citizens can’t do much about it reflects a poverty of imagination. If you’re tired of feeling helpless with a sense of impending doom, put on your walking shoes and make political demands.

Hal Harvey and Justin Gillis are the authors of “The Big Solution: 7 Practical Steps to Save Our Planet”, to be published on Tuesday. This article is an adapted excerpt.