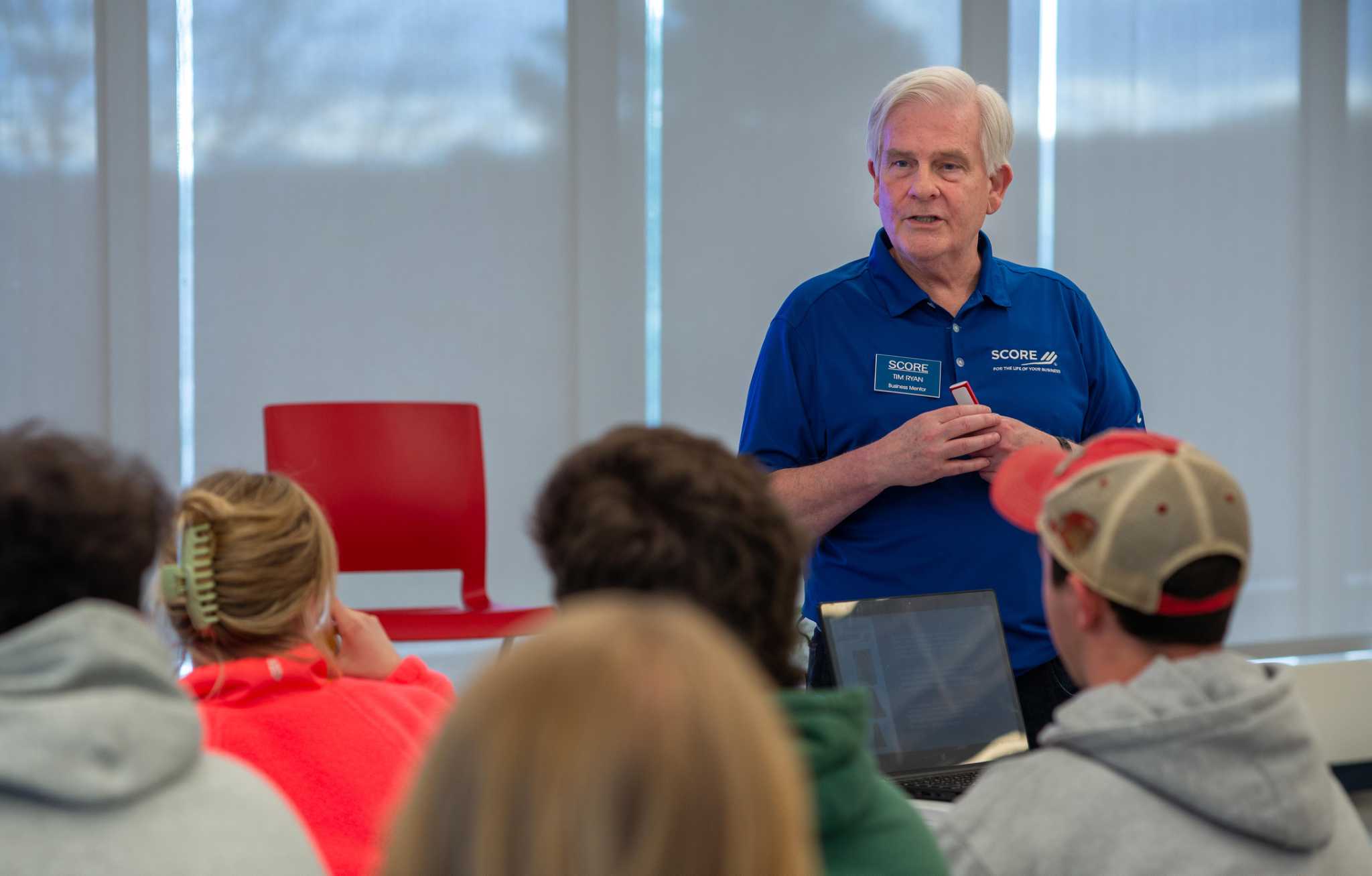 FAIRFIELD — MaryAnn Croce owns an auto shop in Norwalk and has operated the business since 1999. Although the business is successful, she said she wishes she had known how much work goes into running a business before owning one.

“The one lesson I wish I’d known ahead of time is that you’re going to have challenges. You’re not going to have it all figured out no matter what stage of the business you’re in. The one constant is change,” Croce said.

Croce had no one to show her the ropes, but she is now one of a number of business owners who have agreed to mentor a new generation of business students at Sacred Heart University. The college recently unveiled its new entrepreneurial mentorship program, where students are paired one-on-one with business owners who will help them start their own businesses.

As part of the program, Sacred Heart will partner with SCORE, a national corporate mentorship program formerly known as the Service Corps of Retired Executives. The group has a branch in Fairfield.

As the program has just begun, SCORE Education Committee Chair Tim Ryan said he has noticed over the past year that more and more people are ready to start their own businesses. More people have resigned from their jobs over the past two years in what is now known as the Great Resignation, he said.

“In 2021, the US Census Bureau said 5.4 million businesses were created in the United States,” Ryan said. “That’s a 55% increase from 2019, which was the pre-COVID period. So some of that is obviously based on need. I mean, with restaurants closing and hotels closing, people had to start their own business to generate income.

One of the students, Gabriella D’Arienzo, a business management major, said she wanted to open her own dance studio, having worked with other studios in the past. She attended the program announcement and said she was interested in getting involved.

Even though D’Arienzo is a business major, she doesn’t have a lot of resources or knowledge to help fund her idea, she said.

D’Arienzo’s challenges are not unique. Jeanine Andreassi is a professor and director of the university’s management department. Many businesses fail because the owners haven’t seriously considered whether their business meets a need in their communities. Many students, she said, are also first-generation students, who do not come from affluent backgrounds where social networks lower barriers to entry.

“They look at all the different factors that they need to in terms of, what’s the market? Is the market big enough for the product or service they’re looking to launch? What are the costs versus the default costs projecting costs, determining the price we would need to set?” she says. “All of these types of things are very important in starting a new business and can definitely make the difference between success or failure.”

Andreassi said the mentorship program will help students with all sorts of business ideas, from mom and pop shops to apps and other products and services. One of her alumni, for example, now operates a cannabis business in Boston, she said.

As the mentorship program has just begun, Andreassi said a dozen students have expressed interest in participating.

Ryan pointed out that SCORE, while SCORE is there to mentor students, it is not an advisory group.

“Mentoring, of course, is different from doing the job,” he said. “We are not a consultant who actually does the work. We are not able to fill out paperwork and so on for people. But we have a lot of resources and knowledge at our disposal.

Croce said the program will help students who already know business fundamentals and are looking for real-world experience to learn from others who have done it before.

But now that everyone has experienced the pandemic, there are lessons to be learned, she said.

“Whether it was changing your messaging or how you were going to pivot a bit and change your template,” Croce said.