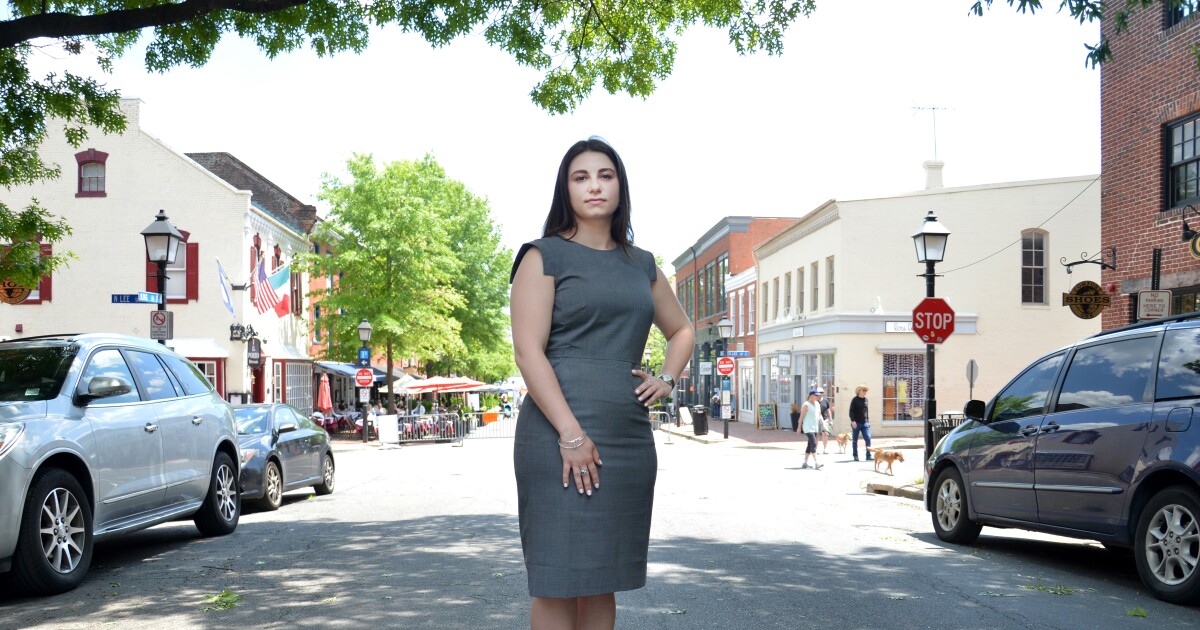 n December, Sydney Aulffo quit her job at a non-profit organization after working there for three years. She was passionate about the mission of the group. But the 25-year-old is also interested in her own career. She felt that working remotely during the pandemic had hampered opportunities for mentorship and that the group’s flat organizational structure meant there were few opportunities for advancement.

“I felt like I was going to be in the same salary bracket until I hit the next level. It could take five years or more,” she says. “You want to feel like your job reflects the skills you have.”

Aulffo just received his Masters in Public Administration from George Washington University and started a new job at Alexandria Economic Development Partnership, where she is excited about professional opportunities. She says her new workplace also reflects her values, which is important to her.

“Everything you cling to is a reflection of who you are,” she says. “I would like to work in a place that supports my morals.”

Charities are getting creative to compete for workers in a tight job market. Some organizations become entirely remote. Another force shaping the employment landscape is young employees’ approach to work. Read more:

Aulffo is one of millions of young nonprofit employees who think differently about work than many of their older colleagues. Nonprofit leaders would do well to pay attention, says Mandi Stewart, associate professor of public administration at North Carolina State University. Millennials, now aged between 26 and 41, have been the largest generation in the workforce since 2017.

They are less likely to stay with an organization for very long. They are more interested in work-life balance and value diversity much more than previous generations, she says. They want to see their values ​​reflected in the workplace as much as in the rest of their lives. And because of the high amount of student debt among young workers, salary is also important, as is the ability to grow and learn within an organization.

“My students always think, can I get more experience? Can I grow in the organization?” says Johnson.

They can also leave quickly when things don’t go as planned, especially if the salary isn’t what they think it should be, Johnson says. “If they are not paid [appropriately]if they have a bad experience with their supervisors, they leave.

Some employers find the demands of young workers unrealistic. Angela Habr, executive director of the Hyde Park Neighborhood Club, a group that offers youth programs in Chicago, says she has hired young leaders who won’t work or check their emails after hours. The work-life balance is great, she says, but there has to be flexibility to react to something like a building closing or some other crisis.

“Who’s going to do this if you don’t?” she asks. “I have to wear this slack for young workers because their sense of work-life balance is so strong they’re not even willing to do crisis management.”
It can be easy to get frustrated with the approach of younger employees, says Libbie Landles-Cobb, partner at consultancy Bridgespan. Nonprofit leaders who have worked hard and made sacrifices to advance in a culture that rewards self-sacrifice may be tempted to scoff at the demands of young workers. But, she says, before demanding these sacrifices from others, leaders need to ask themselves what is the value of perpetuating systems of inequality or overwork.

Of course, not-for-profit organizations cannot meet all requests. Being transparent about what is and isn’t possible and how workplace changes could affect the organization’s mission is more important than complying with every request, Landles-Cobb says. But leaders must also be prepared to rethink some of their own biases about work culture. “We just have to be more creative and more open-minded and really think about the possibility that exists right now to make some of those changes,” she says.

Tenneille Choi, 31, is a development manager at Free Arts in Arizona. The two things she appreciates most about the organization since its debut in the fall of 2020 are its mission — to help abused children through the arts — and its flexibility.
She was able to decide how much she wanted to work in the office and how much at home. She tried a few arrangements and finally decided to work from home on Wednesdays. Choi found that when she was home, she kept working and working, sometimes until 9 p.m., when her boyfriend reminded her to stop.

“Compartmentalisation just helps me maintain that work-life balance,” she says. “I still have my workaholic tendencies, but I like having that work day to maybe have a slower pace in the middle of the week.” And she can change the days at any time. “I feel spoiled.”

Choi says that if she ever left the organization, she couldn’t imagine working somewhere that required her to be in the office every day. “We tasted what remote working can look like, what hybrid working can look like,” she says. “I think an employer would be really stupid not to offer that flexibility in the future.”

The kind of autonomy Choi has can make a difference for younger workers who are more likely to question an organization’s policies, says Stewart of North Carolina State. For example, if young workers are forced to return to the office, they want to know why.

She says if employers ask staff to start working from the office again but they’re just commuting to make Zoom calls all day, they’ll wonder if that decision makes sense.
“What’s the motivation to be together?” she asks.

Young nonprofit professionals care deeply about equity, diversity and inclusion — and Johnson says a nonprofit’s approach to DEI is an important driver for many. young workers when considering employment opportunities. Young people are more outspoken about the many ways they identify and are more accustomed to interacting with people of diverse identities than older workers, she says. “They’re just more able to sniff out if you follow the chops.”

Johnson says some of her trans students and students of color clarify their identities on their resumes. She says that at their age it was frowned upon, but today’s students see things differently. They put their identity on their resume to weed out potential employers. If an employer has a problem with their identity, she says, the student won’t want to work for the organization anyway.

Choi says the free arts are a good fit for her because the values ​​they stand for — communication, transparency, and respecting boundaries — are important to her in both her personal and professional life. She says she sees them playing regularly in the workplace.

“I think that’s why our team worked really well together,” Choi says. “I personally love all of these values ​​for myself.”