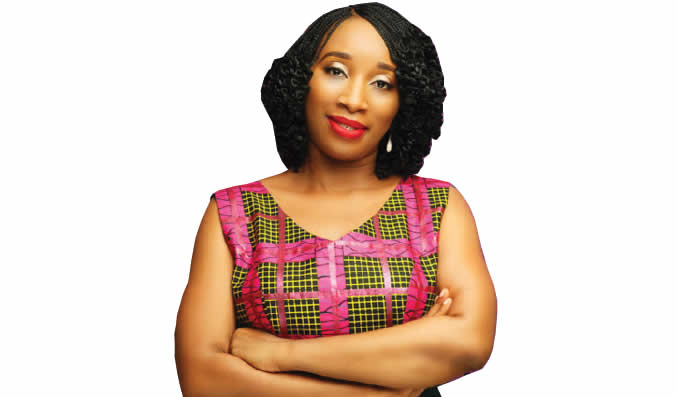 African Fashion Week Founder and Author Princess Ronke Ademiluyi talks to TOPE OMOGBOLAGUN on his journey, companies and Africa in the global space

What inspired your journey into book publishing?

As a multi-faceted woman, fashion entrepreneur, musical producer, author and cultural ambassador, my journey in publishing ‘Unspoken’ Oba Obinrin was inspired by the experience I gained during my journey cultural and the fact that in Africa we have so many incredible stories that we need to tell the world.

What challenges did you encounter on this journey and how were you able to overcome them?

Being a royal daughter of Ile-Ife and under the stable of the House of Oduduwa, which is the office of Her Imperial Majesty, the Ooni of Ife, my research team and I were able to open doors that would have normally been denied, as much of the information in the book came from oral accounts.

Your recent book, “Unspoken”, chronicles the reign of female monarchs. With the recent demise of the Alaafin of Oyo, do you think such a story could be rewritten at the time?

It is always a man’s world in the order of things in Nigeria and the monarchy is no exception. However, today’s women are still lowest on the scale when it comes to leadership, both political and royal. Recently, a Federal High Court ruled that 35% of public office should be reserved for women, so my message through my book, “Unspoken” Oba Obinrin, is to awaken interest in female leadership and that women centuries ago, were leaders with great accomplishments; thus, women today should aspire to do so too.

As a princess, do you yearn to sit on the royal stool as a female monarch, or do you have your eyes set on any political seat?

I am already a leader in many areas; I own the largest African fashion festival in the UK and Europe, a platform that has been around for 12 years and has showcased over 1,500 African designers to a global audience and acts as a mentorship platform for black fashion students in the UK.

Also, my adire textile hub which opened a year ago is now one of the leading adire industries in Nigeria. So for me, although I don’t aspire to be a female monarch or a politician, I still aspire to be a leader in whatever I get my hands on. I have to do my best.

You work closely with the Ooni of Ife and he is involved in some of the projects you have started lately. Can you tell us some of them and how he was part of them?

The Ooni of Ife has been a pillar of support for my initiatives since 2014, he was so impressed with the great things I was doing in the creative scene and has been supporting me ever since. Her Majesty has made me the global ambassador of her Queen Moremi Ajasoro initiative, a platform that supports the rights of girls and women in Nigeria, provides scholarships for young women and gives young women entrepreneurship scholarships . He also appointed me vice president of his official foundation, the House of Oduduwa Foundation; he is the sole benefactor of my Adire Hub and has provided training scholarships and start-up funds to over 100 women and youth since its inception.

There has been a stir lately for the inclusion of women in politics, especially in the legislative arm of government. How do you think women can position themselves to obtain relevant political positions?

If you have read my book it claims that centuries ago women in many areas of society were given a certain amount or range of power and authority to carry out certain leadership functions in areas such as trade, commerce, spirituality, and these women, through their positions and actions, advised and counseled and played vital roles in the development of their various communities. The book shines a light on the glory days of female leadership and the effectiveness of women’s participation in community development, so we need more women of this generation to step out and take this bold step. It is high time that women of my generation aspired to break the glass ceiling for women in leadership positions.

Can you tell us about the birth and achievements of African Fashion Week in London and Nigeria?

African Fashion Week London was born out of an urgent need for a platform in 2011 that featured black designers, while Africa Fashion Week Nigeria was born in 2014 out of a moral obligation to support talented African designers who have no not the financial means. ability to present on an international platform like AFWLondon. To the glory of God, AFWLondon turns 12 this year, while AFWNigeria turns eight this year. Over the years, the two fashion weeks have featured nearly 2,000 fashion designers from across the African continent and the diaspora, and we have produced over 20 fashion shows, including London Mayor’s Africa on the Square at Trafalgar Square in London.

My AFWlondon platform employs over 100 young creatives every year, ranging from runway models, fashion stylists and make-up artists, and over £1million has been contributed to the UK economy through my event . I further created the AFWL Creative Forum and some of my speakers have included representatives from the Department of Trade and Investment, South Africa; the Nigerian Export Promotion Council; the office of the Mayor of London; and the Victoria and Albert Museum.

I am also a co-founder of the Future of Fashion online courses in partnership with Henley’s Business School, UK, and Parsons Design School, USA. I set up the AFWL mentorship program for black fashion students in the UK in partnership with the University of Northampton in the UK. I co-authored the book on African fashion, “The Eyes of Originality and Creativity”, and produced a documentary on Aso Oke, one of Nigeria’s indigenous fabrics; this was done in collaboration with the First Lady of Kwara State, Mrs Olufolake Abdulrazaq.

Some Nigerians find it difficult to promote their ethnic identities in terms of dialect, clothing and food. You seem to be an ambassador of Yoruba heritage despite your time abroad. What is the reason behind this?

Growing up, I was always intrigued by the flamboyance of African fashion, our bright and vibrant colors, and our badges that still represent royalty. Actually, I wanted to study fashion, but at the time, fashion was not considered a lucrative profession, so I had to study law. I am very passionate about promoting our heritage and the rich culture of Africa. I think there is no better way to do that than through fashion. Africa has over 3,000 tribes and each has its own fashion culture. So our fashion is endless and that’s why so many Western designers look to Africa for inspiration; congratulations to our African designers, especially the new generation of African designers.

You have and wear many hats. What other things do you do?

In addition to being a promoter of African fashion, I am a cultural ambassador for the Ooni d’Ife. I am an author. I am the vice president of the House of Oduduwa Foundation and I am the general manager of the Adire Oodua Textile Hub.

What kind of parent did you have as a child?

I had very disciplined parents who loved each other at the same time. I grew up in London and Lagos, and that’s why I live in the UK and Nigeria. I will say that I had a very privileged childhood, living in Sussex Gardens, with a few Rolls Royces belonging to my father, before returning to Nigeria and living in Surulere; I attended Adrao International Primary School; I went to secondary school at a boarding school, Fiwasaye Girls Grammar School in Akure, then returned to London to West London University, where I studied law.

Why did you abandon law for entrepreneurship?

To be honest, I always wanted to be a fashion entrepreneur and even while in law school I remember traveling the world bringing fashion items to sell to my friends. However, as I mentioned above, unlike now, fashion was not seen as a lucrative profession.

Do you think young girls are getting the right mentorship with growing social media activity?

When I was little, we had associations like Girls’ Guild and Boys’ Scout. We had summer schools that kept us busy and a moral code of ethics that we followed. All these activities are no longer available and young people need to be involved, so they go to the social media platforms that are available and imitate what they see.